The Humewood Links course is ranked 13th of South Africa's top golf courses and has hosted a number of major South African tournaments.

The Humewood course was opened for play in October 1931 and hosted both the SA Amateur and SA Open in 1934.

Humewood Golf Club went on to host the SA Amateur 10 times, the last being in 2017. 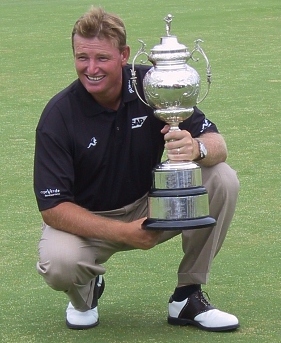 Ernie Els after winning The South African Airways Open at the Humewood Golf Club on December 17, 2006.

Humewood hosted the SA Open 5 times, the last being at the end of 2006 when it was won with a score of 24 under par by Ernie Els.

Other Legends who won the SA Open at the Humewood Links include:-

The Humewood Golf Club hosted the Goodyear Classic tournament from 1984-1992.

Champions include Ernie Els, John Bland, Denis Watson, Tony Johnstone and Fulton Allem. Their winning scores are on record as some of the highest on the Tour.